A downloadable game for Windows

SkyRider is a 2 Player co-op action puzzle platformer game. One player will control Noki, jumping, fighting and collecting energy for his drone. The other one will control that drone: "R.O.B.O.T.O", making platforms, energy shields and shooting.

This is a 5 levels demo. Game is still in development.

* Move around with 'WASD' keys

* Move around with directional arrows

* Make shield with Mouse Right Click while in defensive mode

* Shoot with with Mouse Right Click while in offensive mode

it has a neat concept, the art is astounding! However I would like to take note of a few things I think makes the game a bit off.

-jumping might need some tweaking. It just feels as if gravity sucks you down the moment you let go of the button.

-There are some cases where the player is standing at the edge of a block or ground, but won't seem to jump

I think that's all i could say, however I have only played a while on the keyboard since I wanted to see how the game would work with controllers.

Overall, This is a really great game! I would love to see more levels. Maybe a walljump mechanic might be a good idea idk. But  good job dev/s!

@adriannovell: I am interested in playing this game. But when I tried to download the game on my pc laptop a window poped up and said  "This file does not have an app associated with it for performing this action.  Please  install an app or, if one is already installed, create an association in the Default Apps Setting page".  What would be the app that I would need to install to play your game?  Is it the VLC app (the orange and white cone icon)?  Step by step can you please help me figure out how to play your game?  Thank you in advance.

Hey there! I'm not experiencing that problem myself. I googled it and it seems its a pretty common error and not associated with our build but mostly with you computer. I hope you can fix it and try our game <3

The game is compressed in the RAR format, which is not supported by default on Windows. VLC is not capable of decompressing it either.

You need a program capable of opening and decompressing RAR files. You can get 7-Zip for free on https://www.7-zip.org/. Install it and you should be able to extract the game and play!

Thank you for the support Filipe!

i can't wait for new levels!

Hopefully in a year the game will be out. Let's cross fingers :)

Reply
The Game Fox4 years ago

Hey there! My friend, Icarus, and I loved the demo! Looking at the trailer though I'm worried I didn't have the right download and we were concerned that we didn't here audio in game. But regardless this is one of the better local co-op games we've played on itch.io! Thanks so much for the fun! If there's anything you have that can amend this issue, we would be happy to make another video. :3

Hi there! I just saw the comment and the video! I loved it, It is the first 'let's play' played by 2 players!

You and Icarus are really fun indeed. I would love to give you a key when the game releases (hopefully in a year if everything goes well).

The sound issue is there because this build was made to show the game in an event where we weren't able to use sounds. And I uploaded it that way. It's our fault, not yours.

Bests and thank you again!!!

We are so happy you enjoyed the video! :D We would love to play the game in its full release. :3 It was such a fun game. We wish you the best in the development!

Thank you man! Did you give it a try?

I played an old version long ago.

There wouldn't happen to be a way to coop online? (using IP address?)

Hi there! Thank you for playing it, right now we are polishing the game basic mechanics, next steps are adding content and making an online mode (via steam I think). :)

Only suggestion that I can give is too let the ball choose between defense and attack, is kind complicated whem you need to protect the other person but they cannot change with precision between stances.

Thank you for playing :)

I see, some people love the fact that changing modes triggers a small talk and needs coordination. Some people hate it. haha. From a design point of view I can say that we are trying to experiment with cooperative mechanics, and that one aims in the right direction. But we are experimenting and feedback like yours is useful so we can decide later on if we will keep it or not. Thank you a lot!

I felt the frustration by controling the ball in the last stage, where I can't go in front of the guy nor shoot without his "permission".

The guy has almost all the actions of the game.  He can Jump, Attack, Dodge, Choose the Stance for the other player, grab the power ups.
The other player only can build platforms and shields by itself,

Think carefuly, can be a great game with a lot of iteractions on the players and give a lot of rooms to level design, the last stage was amazing! Left me with a taste of "I want more...".

Thanks for the reply :)

Hey, the download isn't working.. is it supposed to download as a folder? Because it just downloads as a document..

It would be really helpful of you could help me understand what is happening!

Hi there! The file is actually a .rar file with an .exe inside of it. I just downloaded it in ordr to see if anything is wrong, but it semms everything's working just fine for me :/

Pretty good!  The last level is a bit impossible though!  If I were you I would make it a little easier.  Keep up the good work!

Did you play it alone or with a friend?

Hey! how are you? I didn't understand you, lol 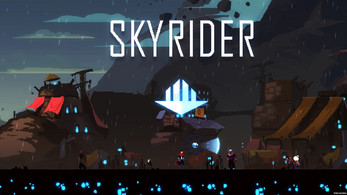 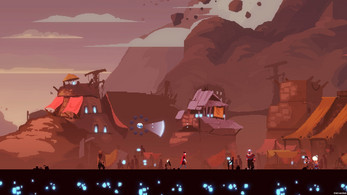 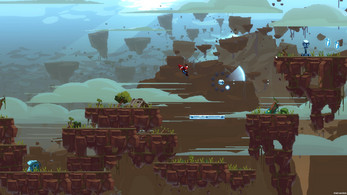 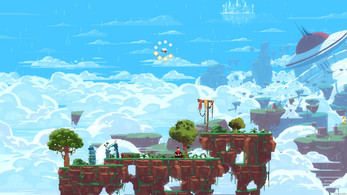 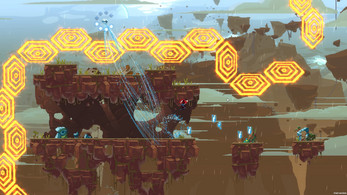 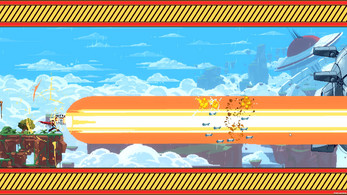